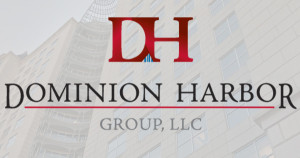 – a patent transactional technology firm developed by Austin-based Fluid Innovation — for an undisclosed amount. idealAsset has been described as the “the Match.com for buyers and sellers of intellectual property,” and brings 10-20 clients with them. Here David Pridham, CEO comments Dallas-based Dominion Harbor has more than 100 clients and is up to 16 employees now. Pridham thinks by the end of the year they’ll have around 20.

Pridham declined to share revenue figures, but said annual growth for this year will be double of what it was last year.

The leadership at idealAsset will be brought onto Dominion Harbor. Tom Hochstatter, former CEO of idealAsset, will serve as chief strategy officer and John Leonard will be Dominion’s chief technology officer.

For more on how its acquisition of idealAsset will affect them going forward, Pridham sat down with the Dallas Business Journal.

What does idealAsset bring to Dominion Harbor that it didn’t already have?

David Pridham: The one thing we didn’t have was the ability to say, “OK, we know intrinsically what this patent is about. We know what the market looks like for this patent.” But we didn’t know which players in the market would be most interested in this patent. And idealAsset was a logical choice. We’ve done a pilot program with them for about nine months now. They literally match patents with companies and patents with VCs that invest in companies.

For a certain example, one of the first portfolios we’ve gone out and tried to match was a portfolio from a large auto parts manufacturer. It’s a large company based out of Detroit that has 8,000 plus patents. They have hit hard times, as most of the auto industry has over the past 20 years. They’ve had to layoff employees. What they’re left with is 8,000 patents that cost them millions every year just to maintain. And they’re not producing any revenue.

So they came to us and said, “Look, help us figure out how to take these patents to market. Help us figure out which companies could use them, and create a revenue stream for us.” So we were able to analyze those patents in a couple days using our system and then using idealAsset and “Match.com’s” functionality, we’re going to take those patents and say, “OK, they have 2,000 patents that are in the drive train space. Here are the most relevant companies that could use this technology. And here are the folks you should be talking with about licensing and placing those patents.”

It used to take us quite awhile to do that last step, because we were doing it manually or relying on our industry contacts. We automated the front end, and now we’ve automating the matching and the bundling and the placing.

It allows us to take patents in, analyze them, bundle them and match them and send them out to market in a matter of days as opposed to months.

Is there any industry you’ll be able to reach better because of this?

Do other IP monetization firms have an asset like idealAsset?

David Pridham: No. And it’s not just idealAsset, I think it’s the whole platform. We looked at buying a couple different patent analytics companies before we developed our own tool. One thing we realized is that a lot of the solutions you see now in the patent space are very discrete, and they are developed by folks who are software guys. And they’re used by folks who are patent guys, or technology guys.

So we said, “Wait a minute. Shouldn’t we have a solution that’s built by patent guys for use by patent guys?” And the answer was obviously yes. While we didn’t do all the coding ourselves, we thought it would be much more effective and it’s been great.