The IP Experts Other Experts Call

Dominion Harbor will help your company optimize its intellectual property competitive strength, differentiation and financial value. Your IP should have an ROI and we’ll show you how. 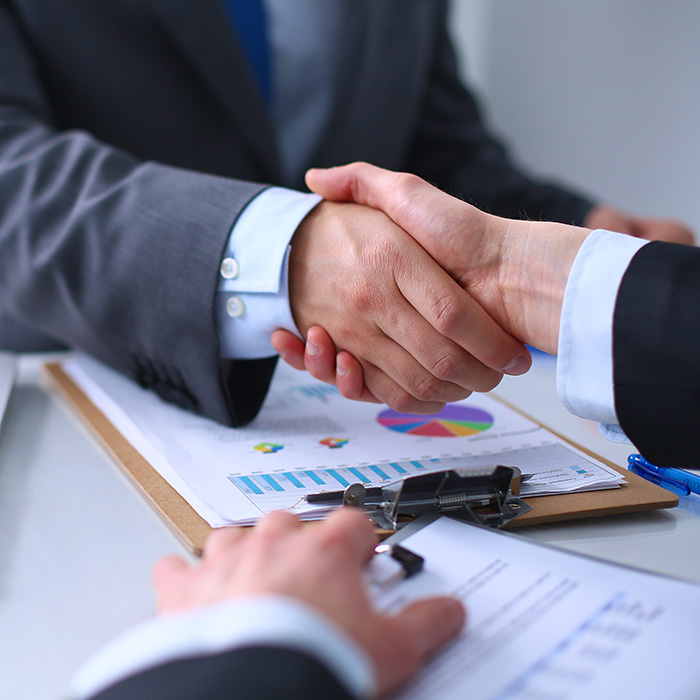 When a Fortune 500 or Global 2000 firm wants to buy, sell, license, or invest valuable intellectual property they know they can count on Dominion Harbor’s proven expertise to transact high value opportunities.

We have access to millions of dollars for your patent asset investments and patent acquisitions.

As the world’s premiere IP transaction and advisory firm, with close to $1 billion in revenues generated for clients, DHE can offer:

•       A full spectrum of IP transaction and advisory services.

•       An IP Dream Team of the world’s leading IP strategists with singular depth and breadth of experience.

•       Access to hundreds of millions of dollars in patent acquisition and investment capital. 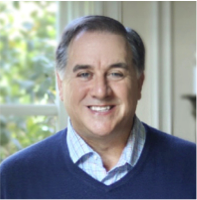 David Pridham serves as the Chairman and Chief Executive Officer at Dominion Harbor Group. David has over fifteen years of extensive and varied experience in counseling clients on the protection and development of intellectual property.

David’s experience includes managing IP licensing campaigns, overseeing IP litigation strategy and implementation, directing patent prosecution, developing defensive IP strategies and managing corporate IP programs. David’s clients have generated over $600MM in revenues from campaigns that he has directly managed. Over the last fifteen years David has negotiated hundreds of intellectual property agreements including license agreement and patent purchase agreements.  David is the Forbes IP monthly contributing author and has written extensively or been interviewed on the importance of intellectual property to our innovation economy for The Hill, Reuters, IAM Magazine among other major publications.

David co-founded IP Navigation Group and served as the Chief Executive Office during his tenure before deciding to form Dominion Harbor Group in 2013 as a new approach to Intellectual Property management.  While serving as the CEO of IPNav, David managed an extensive workforce geared at the monetization of intellectual property. At IPNav, David devised some of the more prominent IP monetization strategies from recent years including the Constellation Orion,, PACid, TQP and Cushion campaigns.

Prior to joining IPNav, David served as the corporate secretary and general counsel for Firepond, Inc.  At Firepond, David managed all of the corporate legal affairs and was intricately involved in developing Firepond’s IP strategy. To date, the Firepond patent portfolio has generated over $250M in licensing revenue as a direct result of David’s strategy. 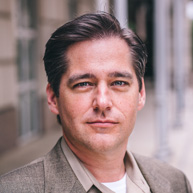 Matt DelGiorno brings twenty years of experience in patent enforcement to Dominion Harbor. He began his career litigating dozens of patent cases as an attorney with Finnegan, Henderson, Farabow, Garrett & Dunner, LLP. He held the honor of clerking for former Chief Judge Randall R. Rader at the U.S. Court of Appeals for the Federal Circuit. He continued his career as director of IP litigation at the largest fabless semiconductor company in the world where he managed an eight figure litigation budget and had day-to-day responsibility for a four-year litigation campaign against Qualcomm that yielded more than a billion dollars in licensing revenue. Most recently, Matt worked as Executive Vice-President at one of the most successful IP Licensing groups where he negotiated more than a hundred patent acquisition, sale, and license agreements. 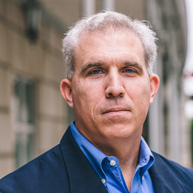 Brad Sheafe brings over two decades of experience in intellectual property, ranging from criminal investigations to patent assertion, prosecution and investment. Additionally, Brad has real-world operational experience having served in executive roles, including being the president of both public and private software companies generating IP of their own. Brad is a named inventor on several utility and design patents. Brad has successfully navigated the dynamic patent landscape managing the pre- and post-grant prosecution for portfolios earning over $200M in revenues. He led the team that successfully defended an inter partes reexamination on one patent that ended up generating over $50M in licenses. Brad also defended 11 of the earliest inter partes reviews resulting in favorable settlements and has demonstrated unparalleled success with the USPTO.

Prior to joining Dominion Harbor, Brad worked as an executive vice-president at IPNav where he engaged in all aspects of IP management, including portfolio evaluation, licensing efforts and litigation strategy. Additionally, Brad oversaw every facet of patent prosecution for a wide variety of clients, ensuring that their prosecution strategy meshed with their overall monetization strategy and that every client’s investment in prosecution resulted in high-value assets and not merely trophies. Brad brings a unique perspective and background to Dominion Harbor and the operational aspects of patent monetization strategies. After graduating magna cum laude from the U.S. Air Force Academy, Brad started his professional career with seven years as an officer in the USAF, separating as a captain to take a Special Agent position with the Federal Bureau of Investigation. In the course of his over eleven year FBI career, Brad served as a senior cyber-crime specialist with broad-based investigative experience, leading complex investigations both domestically and overseas as well as serving as a senior SWAT team leader. As a result, Brad brings a rare combination of strategic insight and tactical know-how to ensure that all aspects of a client’s IP portfolio achieve their maximum potential and value. 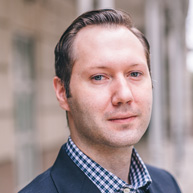 Prior to joining Dominion Harbor, Robert was a Director of Licensing at IP Navigation Group where he advised clients with respect to patent acquisitions and patent licensing. As part of that role, Robert led teams of technical and financial analysts, instructed client counsel, and conducted licensing negotiations in order to maximize client revenue from licensed IP. Prior to IP Navigation Group, Robert founded his own IP monetization practice and managed the launch of a full service electronic discovery company based in Dallas, TX. Robert obtained his J.D. from Case Western Reserve University School of Law. He also holds a B.S. in Computer Information Systems and a B.S. in Accountancy (Magna Cum Laude) from Arizona State University. 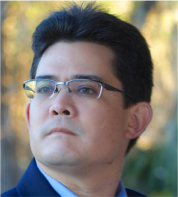 Patrick Anderson utilizes over a decade of legal experience in all aspects of patent enforcement to provide targeted insight and actionable advice to clients seeking to leverage an IP portfolio. By leveraging his experience working throughout all phases of a patent lifecycle–from disclosure & prosecution through enforcement & trial–Patrick adopts a holistic approach that strategically considers all monetization approaches to recommend the best options given the relevant circumstances. Patrick formed his own law firm in 2007, specializing in counseling small businesses with respect to strategic portfolio creation through a combination of internal and external IP growth. His practice expanded to include development and execution of monetization strategy. Most recently, Patrick worked as President of a successful licensing advisory services company, advising clients with respect to hundreds of IP transactions. 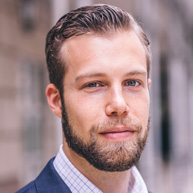 As a Senior Vice President of Licensing at Dominion Harbor, Mitch Kline counsels clients on the management and protection of their IP assets, and orchestrates licensing campaigns on their behalf. Mitch commands extensive experience monetizing patents in diverse technical fields, including semiconductors, database software, networking, wireless communications, cloud computing, power management, and location-based services. He has participated in, and managed campaigns resulting in multi-million dollar licenses, and performed diligence on portfolios from Fortune 1000 companies. Additionally, Mitch has worked with prosecution counsel to bring more than ten Inter Partes Review proceedings to successful resolution.

Mitch began his career within the Bridgestone Americas intellectual property department, where he worked with a legal team to manage Bridgestone’s international patent portfolio. His passion for IP licensing led him to become a patent analyst at a tier 1 licensing shop, providing legal and technical support for licensing campaigns and patent litigation. Prior to attending law school at Case Western Reserve University, Mitch received a bachelor’s degree in honors physics from The University of Western Ontario.

Jake Mace draws upon his diverse background in science, web development, and electrical engineering to manage commercialization campaigns ranging from electronics and wireless devices to e-commerce and web technologies.

Prior to joining Dominion Harbor, Jake earned his master’s degree in molecular biology from Cornell University and worked as a high school teacher and a professor at several colleges. In his spare time, Jake studied web design and electrical engineering, which led to the creation of multiple e-commerce websites for several clients and the opening of a successful online store for custom electronics. Feeling the need to be challenged further, Jake began studying patent law and earned his J.D. from George Mason University School of Law (now Antonin Scalia Law School).

Preston Morgan is responsible for evaluating, securing, and enforcing patent rights worldwide as Senior Vice President at Dominion Harbor. Preston has managed and enforced portfolios consisting of a wide variety of technologies, including image sensors, image and video processing, online identity authentication, big data, and more. His efforts have led his clients to receive millions of dollars in licensing fees. 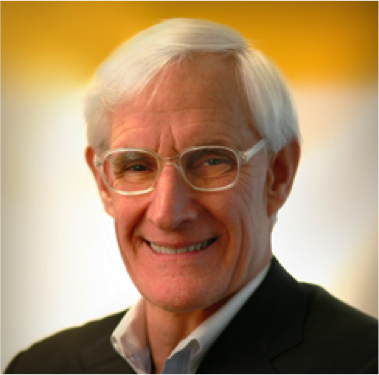 Dominion Harbor has created a data-driven IP analytic platform which provides actionable intelligence for IP decision-making. With IPedia, Dominion is unrivaled in its capacity to analyze patent portfolios of 50,000 patents or a single patent – not only for intrinsic quality but for real-world commercial value. 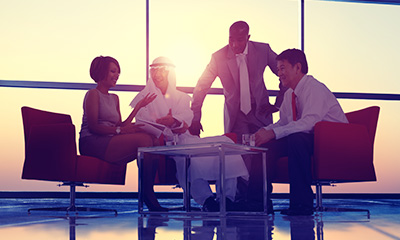 What sets us apart are actionable results – not just more pretty charts. Our objective is not to overwhelm you with information, but to arm you with intelligence  so that you can act confidently to optimize the outcome of your IP commercialization efforts. 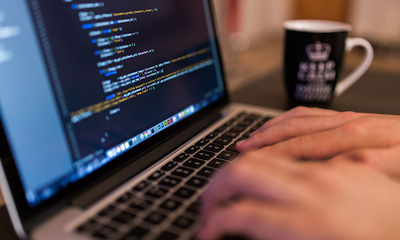 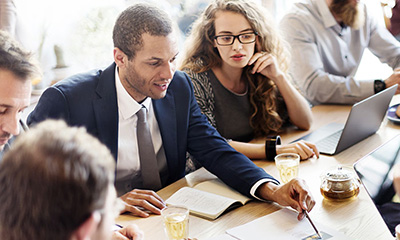 Now use reliable qualitative intelligence to organize and rank your IP assets. Then focus only on what’s important with the ability to confidently identify those assets capable of maximizing ROI – and those that aren’t. 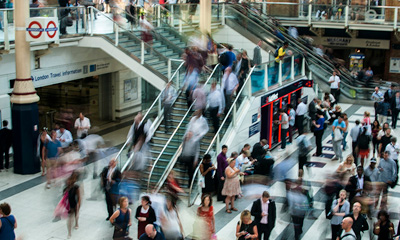 After arming you with the insight to optimize your IP assets in today’s complicated market, IPedia then identifies your best commercialization opportunities. These matches focus your team, minimizing fruitless negotiations and maximizing ROI.

“We’re quite purposeful in our curation of patents within a given space, we’re thoughtful about keeping complimentary technologies together and it’s always our intention to make sure access is widely available. This includes offering smaller portfolios to the market through sales to Dominion Harbor.” Cory Van Arsdale

“My patented encryption technologies are embedded into billions of wireless devices globally and Dominion Harbor was successful in getting fair compensation for their license.” Guy Fielder