The Hill: Patent rights are property rights, and we must protect them

(originally posted on The Hill)

Would you build a house if you knew anyone who wanted to could simply move into it? 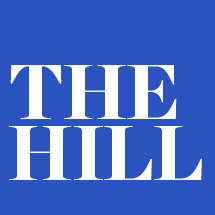 Would you add a swimming pool if you knew your annoying neighbors and their obnoxious screaming kids could throw a pool party in your backyard whenever they wanted?

The answer to both questions is obviously no. What idiot would invest his or her hard-earned money in building a house and pool (let alone take on a 30-year mortgage) if they could not be assured of ownership and knew that the property and improvements could instead be used by anyone however they wished?

At its most personal level, private property rights ensure your ability to enjoy the comforts of your own home. But they also are crucial to your economic well-being, as well as that of everyone around you. Because what happens if, lacking assured property rights, you decide not to buy that house or build that pool in the backyard?You will not signs contracts with the builder, the architect, the electricians, carpenters, roofers, and landscapers to work on your house, so they will be out of work. They, in turn, will have less money to buy the products and services they need, so others will soon be out of work, too. You may even become unemployed, either because your employer can’t reliably own what he buys with the profit derived from your labor, or if you’re self-employed, because you have little incentive to work since whatever you buy with your earnings can simply be taken by others.

Now scale your problem up to the whole of society. As economist Stephen Haber observed in a brilliantly down-to-earth research paper, “clearly defined and impartially enforced property rights are crucial to economic development.” Throughout history, he noted, “They facilitated trade, trade allowed individuals and businesses to specialize,” — see the above about architects and builders  — “specialization made individuals and business enterprises more productive, and more productive firms and individuals in the aggregate raised national income.”

In short, wrote Haber, “Innovation and economic growth emerged out of property systems that allowed economics to operate as a web of contracts. And there is abundant evidence from economics and history that the world’s wealthy countries grew rich because they had well-developed systems of private property.”

Why the primer on property rights? Because in few months the U.S. Supreme Court will decide the most consequential case you’ve never heard of. Their ruling will determine whether or not one of the most important property rights of all — the intellectual property rights to the innovations that lead to new products, services and medical treatments that benefit all of society — can be taken from Americans without due process in violation of the law and Constitution.

The case at issue before the Supreme Court — Oil States Energy v. Greene’s Energy — involves the patent trial process that Congress established in the America Invents Act of 2011. Originally designed to curb abusive patent litigation and weed out low-quality patents, the politically-appointed bureaucrats of the Patent Trial and Appeal Board (PTAB) who administer these trials have been allowed to basically run amok. An astonishing 80% of all patents challenged — most of them brought by companies accused in federal court of stealing the intellectual property of others (the legal term is “infringement”) — result in canceled patent claims and the eradicating of the patent holder’s property rights in the innovation.

That’s a conviction rate that would make Stalinist Russia or Communist China proud. But it gets even worse, as The Wall Street Journal noted last month. “When unsatisfied with the results of a [trial],” the director of the Patent Office simply “added judges … and stacked the court” to make sure, by hook or crook, that the property rights were extinguished to the benefit of large technology companies like the one at which the director was previously employed.

Now, The Wall Street Journal has never been shy about calling for curbs on so-called “patent trolls” and eliminating low-quality patents. But the PTAB’s wholesale and duplicitous assault on property rights in innovation is a bridge too far for them. So in an unprecedented editorial Nov. 26, the paper framed the heart of the SCOTUS Oil States case this way:

For editors of The Wall Street Journal, the answer is a resounding “no!” The PTAB’s patent trial process, they argued, “violates the Constitution’s Article III and the Seventh Amendment because it allows an administrative agency to revoke patents without a jury trial. Private [property] rights are strictly the domain of the federal judiciary. This distinction is crucial since Article III judges are intentionally insulated from politics and the two political branches,” whereas administrative judges [such as in PTAB] are essentially political appointees.”

The editors blasted other aspects of the patent trial process as well. Patent trial panels, they noted, “also use a ‘preponderance of the evidence’ to invalidate patents rather than the more rigorous ‘clear and convincing’ standard applied by federal courts in civil lawsuits. Patent owners can be subject to double or quadruple jeopardy since inter partes review [a form of patent trial] doesn’t limit the number of challenges. One panel decision isn’t binding on another panel,” and even more shocking, “inter partes review panels can invalidate patents upheld by federal courts and juries.”

If the Supreme Court allows these PTAB Soviet-style show trials to continue, the assault on private property rights could one day extend beyond intellectual property to tangible property as well. And make no mistake: as the Journal said, patent rights are property rights!

“In its landmark McCormick decision (1898),” it noted, “the Supreme Court asserted that ‘upon the issue of [a] patent, the patent office … los[es] jurisdiction over it.’ The court has consistently reaffirmed that patents are private property rights, as recently as 2015 when Chief Justice John Roberts wrote in Horne v. Dept. of Agriculture that a patent ‘confers upon the patentee an exclusive property in the patented invention which cannot be appropriated or used by the government itself, without just compensation.’”

Therefore, the newspaper urged the Supreme Court to rule against the PTAB bureaucrats in Oil States Energy v. Greene’s Energy. The stakes are too great — for the rule of law, for the constitutional separation of powers that guarantees our democratic form of government, and for the innovation engine that drives the prosperity of all Americans — to do otherwise.

In the words of The Wall Street Journal: “Patents encourage innovation by protecting the fruits of entrepreneurs’ labor, and that protection is undermined if patents can be revoked at any time by an administrative agency.”