IPWire: That’s One Less Google’r To Kick Around Anymore: Michelle Lee Out

Politico has broken the news that it “appears” that it is finally official that Michelle Lee has officially resigned. I repeat officially 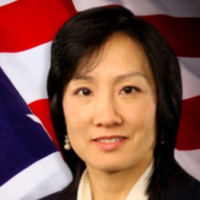 Why the State’s secret around a Patent Director? How about someone who just cares about inventors and keeping America number one in patents (and innovation)?

There has been tremendous tumult and speculation about who her successor would be but we would like to put our money one Judge Randall Ray Rader – if we get a vote. Firstly, any Judge that has “Ray” for a middle name is already alright by me. That, and the fact that he has been quoted as calling the Patent Trial and Appeal Board (PTAB) “death squads killing property rights“.

Your Honor, we couldn’t agree with you more. The USPTO needs a leader who can counter the damage done over the past 8 years and bring the United States Patent System back in line as THE gold standard. We have let the likes of China usurp that position out of idleness and political hubris.

Second, we need a leader who is that – a leader who will lead from the front, be the inventors advocate first and put some consistency back into one’s (patent) property rights. If we focus on the inventor, the innovation they represent and fully ignore the bigco lobby we’ll be well on our way to righting this listing ship.

So, we’ll wait breathlessly to see the TMZ-like coverage (at least by IP industry standards) that unfolds during this interim stage while the next Director is vetted, opined upon and taken to task by us and everyone else in the Intellectual Property industry.

Michelle – please, please, please come on our IP…Frequently Podcast for an exclusive interview! And, of course, subscribe and listen.