Ask any 10 people on the street for the first thought that comes to mind when they hear the word “patents,” and nine out of 10 will probably say “lawsuits.” This shows how far the patent system has fallen in public esteem from the days not long ago when most folks, upon hearing the word “patents,” would offer “invention” or “Bell Labs” or “Thomas Edison” as their first thoughts.

This low opinion of patents did not happen by accident. It was the result of a deliberate, well-financed propaganda campaign by large Silicon Valley-based technology companies to promote the view that America was suffering from an “explosion” of patent litigation unlike any in history — one that was harming business and diverting resources better spent on innovation.

The evidence clearly demonstrates that this campaign was an orchestrated tactic by these Big Tech firms, part of a concerted lobbying campaign, to defect focus from their growing practice of free-riding on the inventions of others without compensating the inventors. This is called “efficient infringement,” suggesting that for big corporations the practice is just “business as usual.”

But is the so-called “patent litigation” explosion real? Or is it merely a big lie proferred by large technology companies to achieve “regulatory capture” and make changes in law and policy that will serve their narrow commercial interests rather than the public interest?

The beauty of this question is that it’s 100% answerable through verifiable facts. So let’s look at the facts: 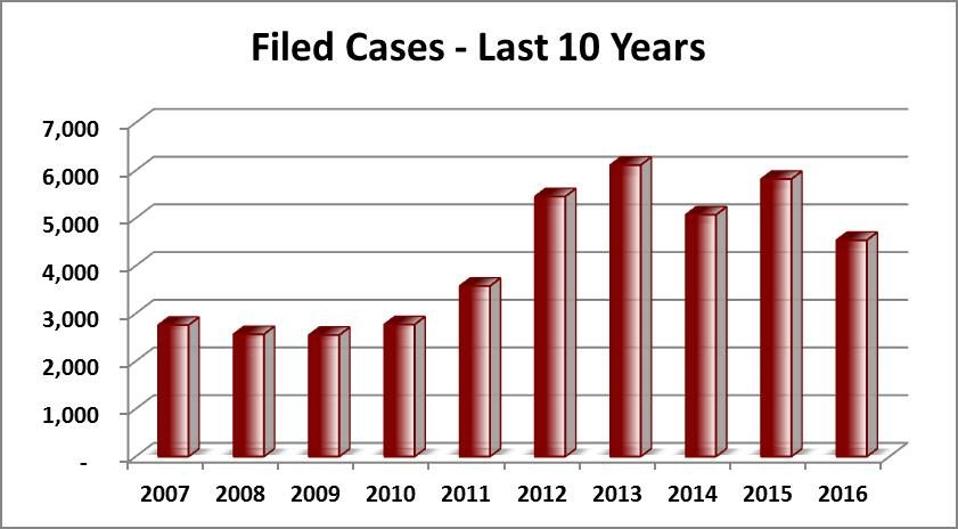